The Room of Dreams

It's one of those dreams
you realize you're dreaming
and you're a step ahead of the tour,
creating the space and time.

A castle of domes
built in layers
sitting in the clouds
and the sun.

The room of crystals,
prisms refracting light
like a million rainbows
so the floor isn't there.

The room of rain on the left,
but I've not brought my umbrella
so let's continue down this passage
and through that small arch.

Notice how the ice inside
has only now melted
and we've got to squeeze around
to get into the room.

Red clay and beach-glass,
the sound of the sea.
The feeling of home and comfort
of family and friends long gone,

and a portrait size mirror on the wall
in which you can see yourself wither
every day when you wake up
and forget how to dream.
4 comments:

Tip of the Cane

"Fucking sighted people," Heath said, "Another one tells me to watch where I'm going I'll lose my shit altogether and smash my cane over their head."

He was usually a lot more mellow but I knew right away he was having a rough day. I couldn't even begin to imagine what it must have been like to live in his world. He had a rare form of myopia that affected the nodes and cones of his eyes. His vision slowly faded on him from the time he was a child until now, at age thirty, he described it as wearing swimming goggles painted all white. During his descent from normal sight to no color and no shape he'd gone through a bout of severe depression, and at one point even tried to take his own life.

It was almost nine o'clock and I was going about my closing duties in the restaurant, sorting out the days cash and trying to clear up the checks for the last few customers still at tables. Heath and I had worked together for about a year at that point. More to the fact, he volunteered in the restaurant where I was employed. He rolled cutlery and stocked and organized the service stations with coffee cups and condiments. He took out the trash and felt his way around the kitchen, cleaning up any mess that the cooks had left behind when they dashed for the door once the last order went over the pass. His self-appointed duties usually took him a couple hours, so that by eleven when the owner showed up to lock the doors the business was all set for breakfast the next morning.

For Heath, all of this was part of a routine that provided a kind of stability and normalcy to his days. He'd kept this up for ten years or so without ever getting paid a dime for his labors. At the outset of his arrangement with the restaurant he'd asked about the possibility of regular employment, of being put on the payroll like all the so-called "able bodied" staff. He provided the information and forms from government services that would have supplemented fully half of his wages and given tax breaks to the business for employing a "handicapped" person.

The owner said he looked into the details and found that the economics didn't work out, as the increased costs of insurance and installing safety equipment for the blind were far greater than the tax exemptions offered. He told him that it simply wasn't feasible and put the blame squarely on a poorly thought out government program, though my belief was that he was just as happy to have Heath work for no money. Either way the situation seemed deplorable and most of us servers gave a couple dollars out of the tip cup to him when we closed down. I appreciated that the work he did would normally have been my duties, and I suppose I wanted to make up for the slight he endured day after day, though I guess it was naive to think five bucks could do that.

The owner, generous fellow that he was, allowed Heath to make himself something to eat after his work was done, usually a sandwich and some fries. Once or twice when I'd first started at the restaurant I'd offered to buy him a beer, but he'd always declined. He didn't drink or smoke or use any drugs, not since his time spent at rock bottom. For Heath the greatest pleasures in life were to be found in green tea and the occasional night of karaoke -- he loved to sing and had a great voice. I think that it was the very simple things, the work he did, the tea breaks, the routine he stuck to, that provided the foundation on which the rest of his life was built, and the simplicity of it was what kept him sane.

As for what had gotten under his skin that particular day I can't say for sure. I knew better than to ask because he'd surely have just deflected the question and said something like, "Oh, you know, the same old bullshit." He wasn't one to complain or share his problems with other people all that often. I know that he hated having to go out in the daytime. "Too many people rushing and bustling about," he'd say, "Pushing me out of their way and passing their smug little judgments without even noticing I can't see a fucking thing."

He hated having to go to new or unfamiliar places. He didn't like the grocery store because he had no way to figure out the expiry dates on bread or milk or cheese. He didn't like taking the buses or subways because there was no way for him to tell which was his stop. He didn't like the pharmacy or the corner store, the barber or the pizza place. He wasn't especially fond of anything that had to do with money changing hands because of the number of times people had ripped him off. One time he pointed out to me that there's actually a braille cell in the top corner of every bill, one of the few services the government has seen fit to bestow upon the blind. The problem, he said, was that unless the note was crisp and new it was tough to feel the difference between a fifty and a five. For most everything in an average day that sighted people do without a second thought Heath was relying on the honesty and good nature of strangers , and those of us who see perfectly well can attest to the prevalence of those two traits in the population.

And it was the small percentage of people who would go out of their way to take advantage of his disability he disliked and feared the most. He could never know who was watching him. Every time he entered his own apartment the thought crossed his mind that some enterprising hood was hot on his heels, or, worse yet, was already waiting inside. He really had no way of knowing. He wasn't paranoid or anything, but the uncertainty was what he found most unnerving. 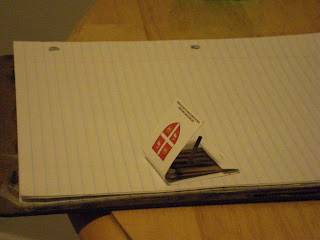 You just get yourself one of those books of matches with the coat of arms on it and bend up one and light it. Blow that one out and leave the open pack next to something like a gas line. If they get it it'll kill them. 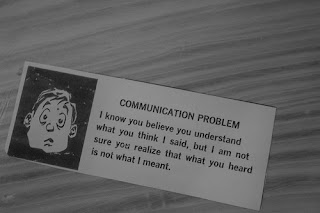 He Talks to Himself

He talks to himself, walking down the street. "What a world," he says, "What a world!" He throws his arms to the sky and drool slips from the corner of his mouth, down his yellow-gray beard, onto the lapel of a corduroy jacket, like the residue left over from a slug's journey. It could be they've got him on lithium to help deaden his mind from what he cries out against. His hands slip back into the pockets of his three-size-too-small coat, only deep enough to accept his fingers, the palms and wrists left exposed to the chill of the blustering wind. He lets out a sigh that's more a muffled flapping of toothless gums and lips and a spray of saliva issues forth. He's caught up in a world of his own. He pathetically moans, "What a world."

She talks to herself as she struts by. Or maybe it's to the mouthpiece of some unseen phone held tightly in her manicured hands, buried deeply in the leather coat buttoned tight against the cold. "What the fuck do you mean you saw him downtown? He's supposed to be at home. I swear, if that bastard is cheating on me I'll cut off his balls and feed them to him!" she yells between tosses of her streaked blond hair to the clouds. She takes a long, deliberate drag of an ultra-slim cigarette and flings it into traffic as though the world was her waiting ashtray. She's in a world all her own, "That fucking cocksucker!" she screams through colored cheeks at no one, as she storms past the mumbling man.

The guy at the coffee counter says, "Here's your change," and the customer says, "You too," and the next just, "Double-double," so he turns and grabs a cup, muttering something in Cantonese. Someone says to a cabbie, "Bloor and Bathurst," and another says, "On the rocks," while another, "Straight up," and the bartender says, "One shot or two?" A city full of people turned into machines, doing nothing of value, scooting along rails and roads to nowhere, utterly alone in the crowds. Some are yelling, some swearing, some just ignoring everyone else, some saying meaningless words to people they'll never see again, all caught up in their own worlds, all talking to themselves.

I hear a million words a day spoken in a hundred languages and dialects. I hear them like piles of leaves being blown by, chattering against one another, as I try to write them down. So I talk to myself too. But I've got some hope, because I've come to believe that in this life you can't always square with the ones that you owe. You've got to help out those around you. And the most help you can be is to feel the smallest compassion for all the others who would otherwise just pass you by -- to simply listen.
6 comments:

... now I am a lake. It is after dusk, a clear, calm night. Not the rustle of a leaf or the fall of a wing breaks the stillness that descends like a dew. It is almost spring and my ice has given way but for the subtle space where I meet the air, no more than the remembrance of frost, fingertips of crystals stretching to touch. I can see more than myself again. I see a sky full of stars and faithfully reflect heaven as though I am its mirror, a still frame of what was and what will be and what is -- the one moment. Nothing moves save those sparks above. My thaw has frozen this world. From my depths issues a prayer that winter will never return.
4 comments: 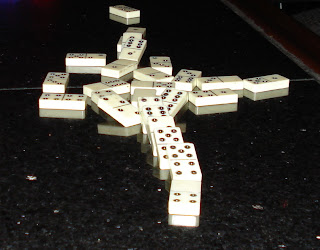 Everything speaks in its own way. Everything has a voice. Trying to listen. Trying to speak. A blade of grass. One and many.